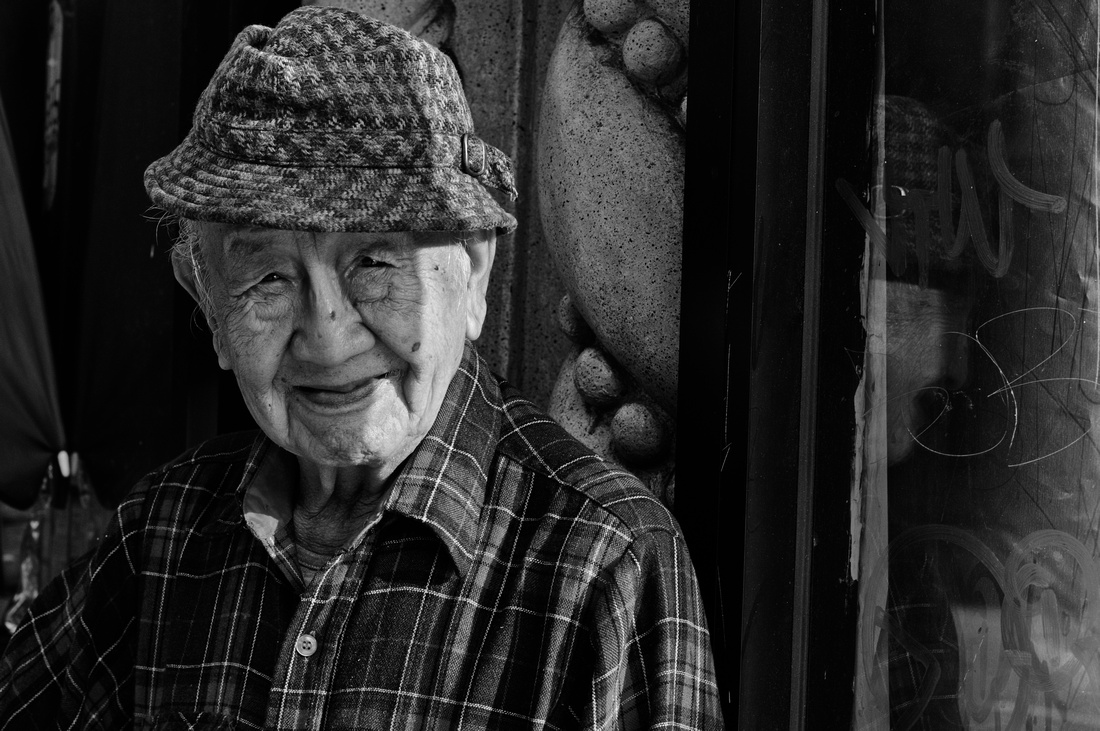 What makes it so pleasant an experience for me when I go out to shoot is the attitude I go out with. I do seriously enjoy getting out in the city and going for a walk. Well, in Los Angeles it’s a mix of a drive then a walk. Getting lost and finding new areas and places I hadn’t seen before is an adventure. It’s like being a tourist in my own city. Different areas of LA have somewhat different people and buildings. Each have details that only those that live in that area really know about but for me to discover. I love shooting in downtown LA but I also shoot in other areas. It’s a solitary thing for me partly because it gets me in the zone and partly because usually it’s pretty spontaneous where I head out to on a certain day.

Street photography to me, at least partly, is that it’s somewhat of a frame of mind and a way of seeing the world I live in. It is a personal thing for sure. I’ve come to understand why I do it and it’s because it is a mediation for me. Zen is about enlightenment and I believe I found enlightenment in the process of going out and doing what I do. I also like to make pictures, pictures that I like and that pleases me. I’ve liked making pictures whether drawing them or photographing them ever since I was a kid so the moment I know I made a good one is a huge joy. Seeing how different people live and how people interact with each other shows me so much about humanity and it touches me. There were some moments when I became a bit emotional after seeing a moment, thinking about it and bringing it to heart.

I went from being somewhat fearful of photographing complete strangers to not even thinking about the fear at all. Capturing the moment, the emotion, the interaction between a person and their environment became more important. Improving my skills and improving how I see the shot became more important. The fear caused some stress earlier on and I didn’t want that. It shouldn’t be like that. It had to be fun otherwise why do it? I’m also big on energy or vibes. If I was worried about getting caught or what one might say to me, or if I thought what I was doing was wrong or creepy then that would have been the energy I got in return. So I walk out with a positive energy and walk with positive energy and so far I’ve only had a few negative experiences but they were with homeless folks who I didn’t even take a picture of! There are folks out there who just don’t want their picture taken. That’s just how it is but the thing about the getting over the fear of taking people’s pictures is that it’s just what happens in the mind. The mind is so powerful and you can make it believe whatever you want it to believe. Most of what I thought I feared ended up being unreal but I had made it real by sticking the emotion of fear to the thought. So it’s just a change of mind or a change of beliefs. It’s what worked for me in the last year and my life in general. A smile also goes a long way and at times I’ll say ‘Thank you’ if it warrants one although the shot most often happens so quickly and I’m a bit more low key in the way I shoot so most times they don’t even know or at least don’t realize I’ve just taken a picture of them. As many have said before me, a positive attitude and positive energy goes a long way and for me is key while I’m out on the streets.