I absolutely loved my X100 when Fujifilm released it in 2010 and still have it. I was fairly new to photography then and it really inspired me to go and take pictures. It had style and soul. Then I got the all black X100T and it was also all of that but better on the inside. The new X100F just took it to a different level as far as the X100 series goes. As soon as I took it out of the box and looked at it I could tell the subtle but big differences between it and its predecessors. First was that there isn't a letter on the face of the camera. I honestly didn't like the S or the T on the body of the camera, mostly because of the choice of font. It was covered up by the half case so it wasn't a real issue. Not having the letter brings it back to the original for me. I compared the placement of everything to the original X100 and the X100T. I could tell the lines were different. It feels more refined, a bit more sleek. Moving all the buttons to the right is perfect. It made me not have to remove the camera from my eye as often as I felt I had to on the previous models with some of the button placement so now the simply laid out buttons are all easily accessible with the right thumb. Once I memorized where things were I could change settings without ever taking the camera off my eye. It looks the same size but it is bit wider. From the front, I noticed the different angle of the curve between the shutter/iso dial and hot shoe which adds to the sleek look and is in line with the X-pro 2. Lots of the angles and curves on the camera is just ever so slightly different but good. It is just a little bigger and little heavier due to fitting in the NP-W126S batteries. It's amazing that it fits the bigger batteries and still be the size that it is. The difference in weight isn't much but is noticeable but it feels a lot more solid in the hand. Going back and forth holding the X100T and X100F I think some will welcome the weight but some may not. 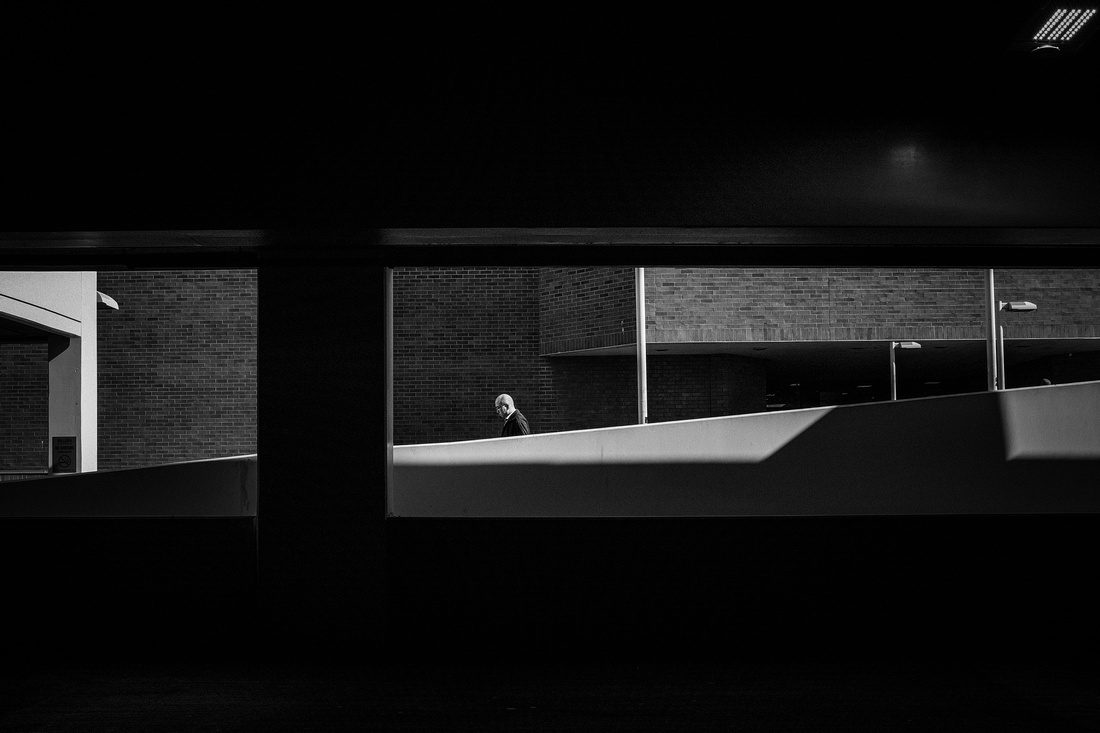 I removed the accessories I had for the X100 and put them on the X100F. As far as lens goes, the adapter ring fits just as it should so screwing it on is the same. I've had an adapter with a UV lens filter on all my X100's to protect the lens and to not fuss around with a lens cap. I added a soft shutter button because I prefer it as many do. After putting on a Street Strap I then put on the original half case and noticed that it didn't fit well due to the size difference. It still sort of fits but the leather part that goes over the camera metal loop doesn't go over the one on the viewfinder side of the camera so you can't secure that side. Looks like the metal loop is just a bit higher so you can't snap the button. I also tried another half case [Gariz] that has the bottom screw in to the tripod mount and it is just a little off so it won't fit. As I kept comparing to the X100/T I could tell just how different the bodies are in width and that the battery door is different. I was used to having a half case mostly to keep the camera body from dings and dents. I'm clumsy at times and can't keep things nice so it helped. I'm sure once they come out with ones that fit the new body I'll end up with one but really it looks good just the way it is without the half case and fits good in my hands. After using it for some time, I got used to not having the half case and feel I don't need it. 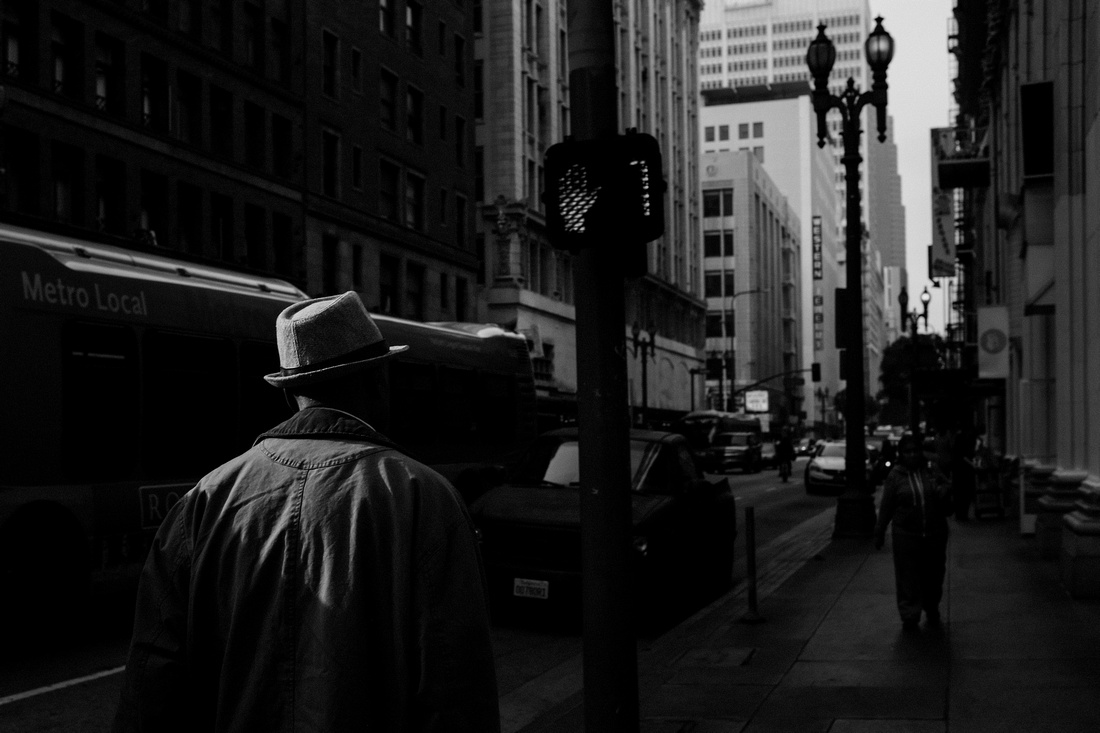 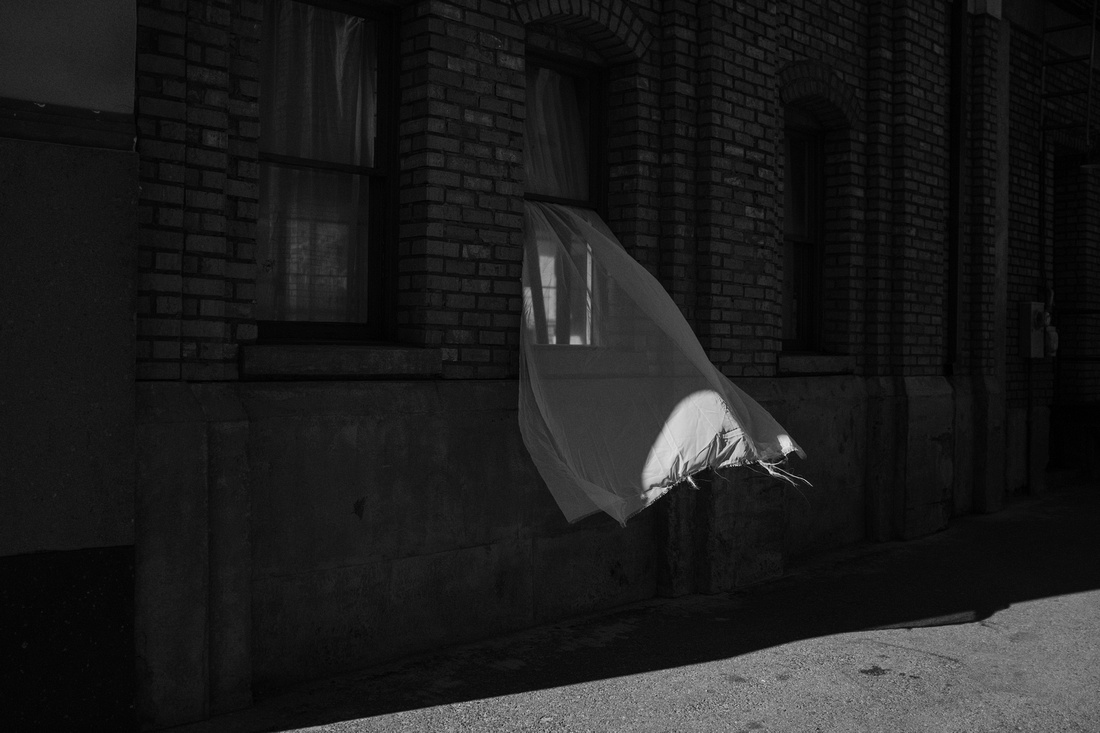 I was also used to using a thumbs up attachment on my X100/T but since the X100F has the ISO dial I left it off. What's good if you really   want to use a thumbs up is if you set the ISO dial to A mode you can use the scroll wheel to set your ISO. I realized that I didn't really need it anyway. The X100F also gets the joystick that the X-pro2 has and is a great addition. On the X100T I had set a button to be the AF area so having the joystick opened up a button to set for something else on the X100F. The open area between the Q button and the joystick is just right for my thumb to fit and access all the buttons. I think it's a really smart button layout. Maybe folks with bigger hands or thumbs may still prefer having a thumbs up. Lensmate made one for the X-pro 2 that has a swivel to move the thumb part out of the way to get to the ISO dial. I'm sure they'll make one to fit the X100F. I felt the same about the X-pro2 when I was first using it and didn't attach a thumbs up or a half case. The grip parts are just right for me and a half case on the X-pro 2 body just makes it bigger. 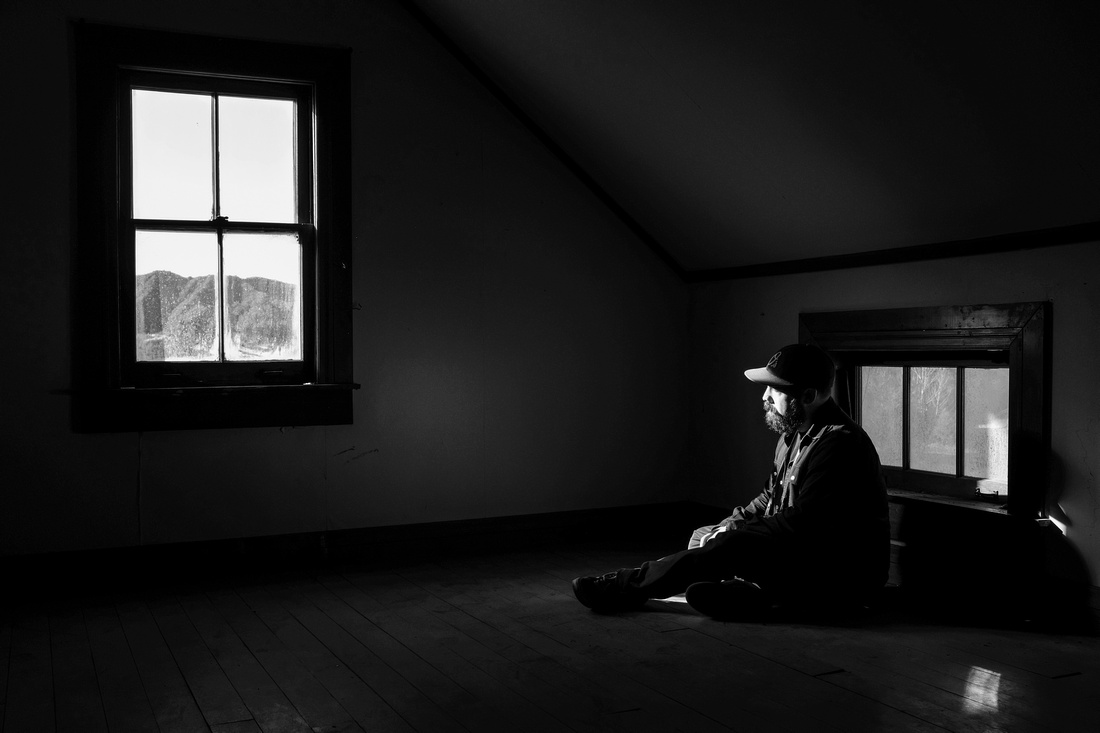 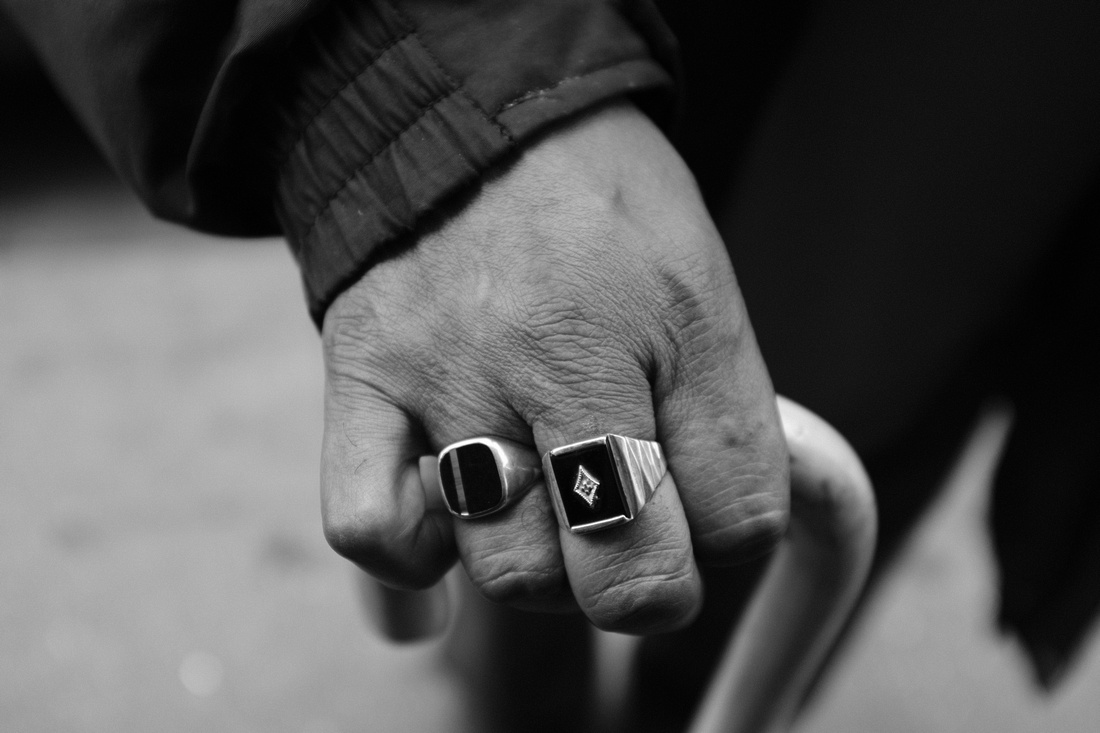 I seriously love the two tone look of the camera and my original X100 was two tone but when looking at a black X100T I also love the all black look. It's really difficult for me to decide. The two tone has a classic look and feel that I love and the black just looks bad-ass and matches up with the rest of the Fujifilm cameras like the X-pro 2 and X-T1 that I have. The black version is just a little more stealthy for street shooting. I know so far all I've talked about is aesthetic and the feel but like me I think that there are a lot of people out there who appreciate how a camera looks and feels. This camera's design is absolutely superb. Form and function is something the Fujifilm designers are very good at. I think it's great that Fujifilm didn't add a tilt screen or a touch screen. In my opinion, this style of camera isn't suited for it. The X100F is a camera designed to put to your eye. As far as sensor, menus, button placement, I already loved a lot of it on the X-pro2 and it's great that it's now in the X100F. So for the X-pro 2 users, a lot of things will feel comfortable. The navigation buttons feel a lot better on the X100F than the X100T and X-T1. They come out just a bit more so I can feel the difference from one to the other as I slide my thumb over the buttons. 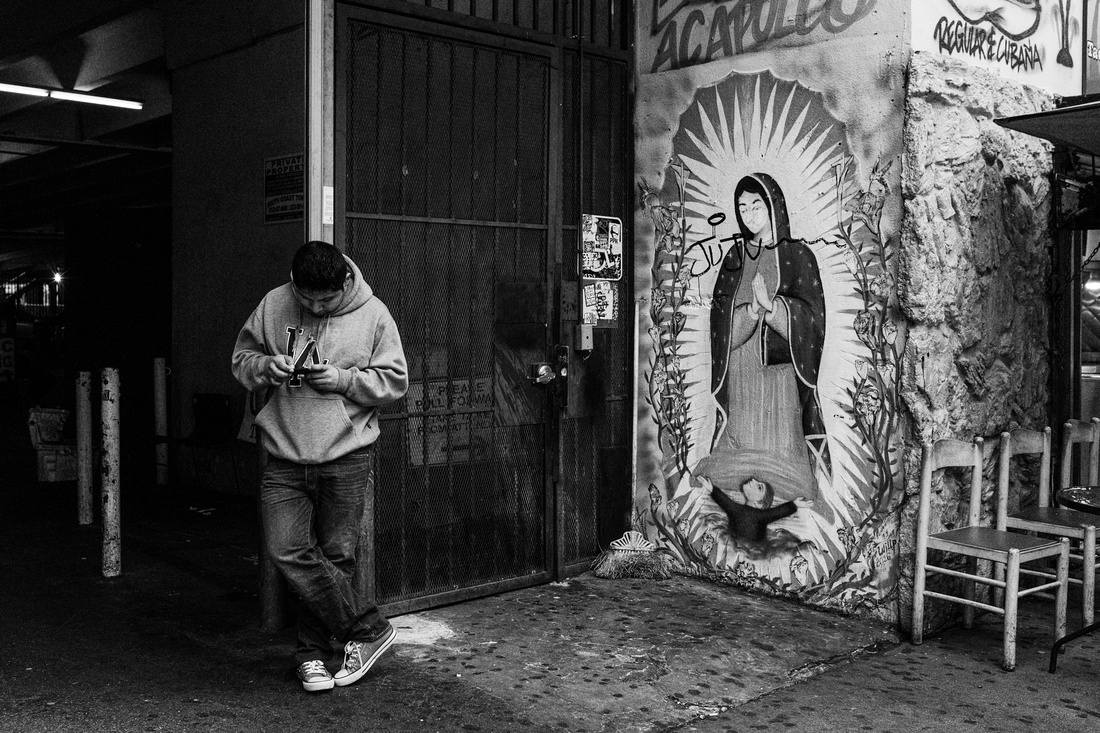 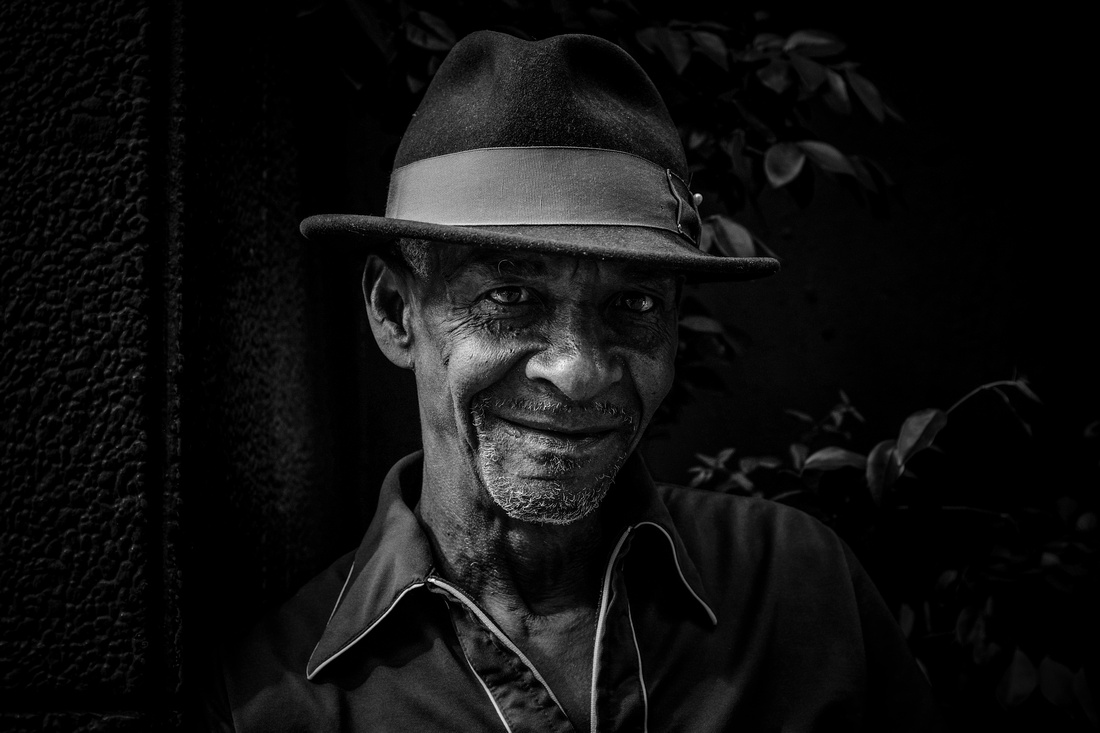 The viewfinder is nice and bright. Seems brighter and bigger than the X-pro2. I put the TCL-X100 adapter on and works as it should. There is a Digital Tele Converter in camera but only saves as JPEGS but I'm sure it's useful when needed. I don't have the WCL-X100 converter but hope to use it soon with the X100F. The X100F plus the 2 adapters would be such a great small camera set up perfect for traveling light. If it's possible, it would be great to get a wider lens adapter than the current WCL-X100 which gives you about 27mm full frame equivalent so maybe a 21mm equivalent and a longer reach at the telephoto range like an 85mm equivalent would be great. 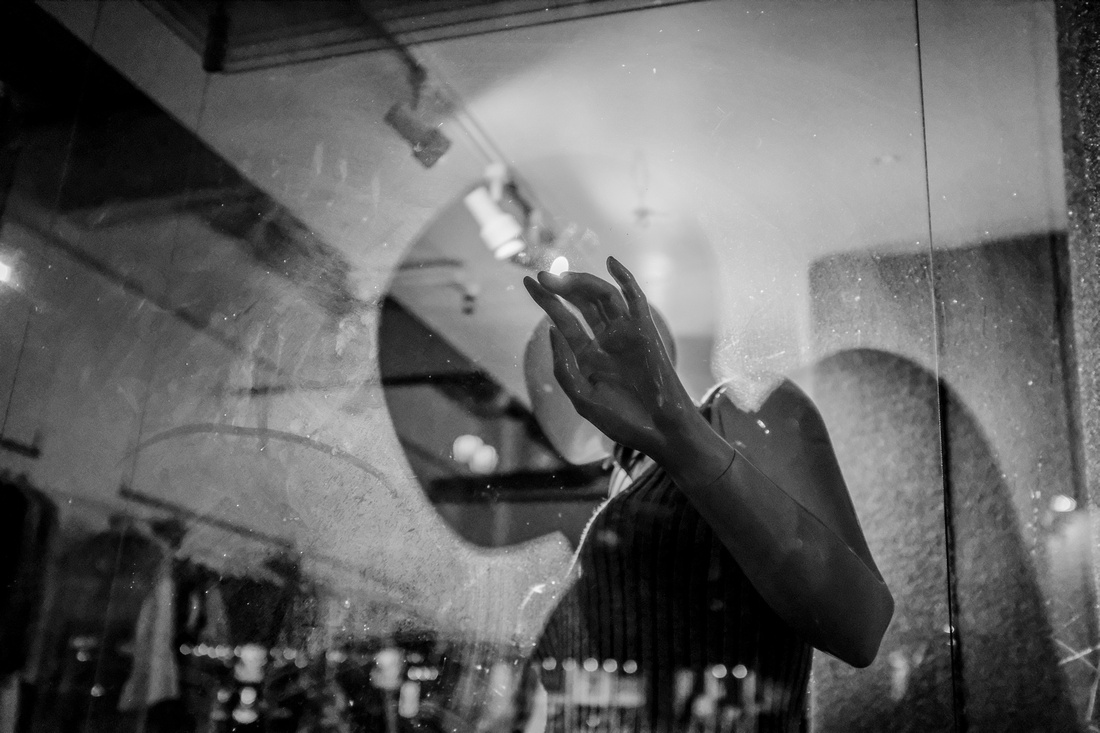 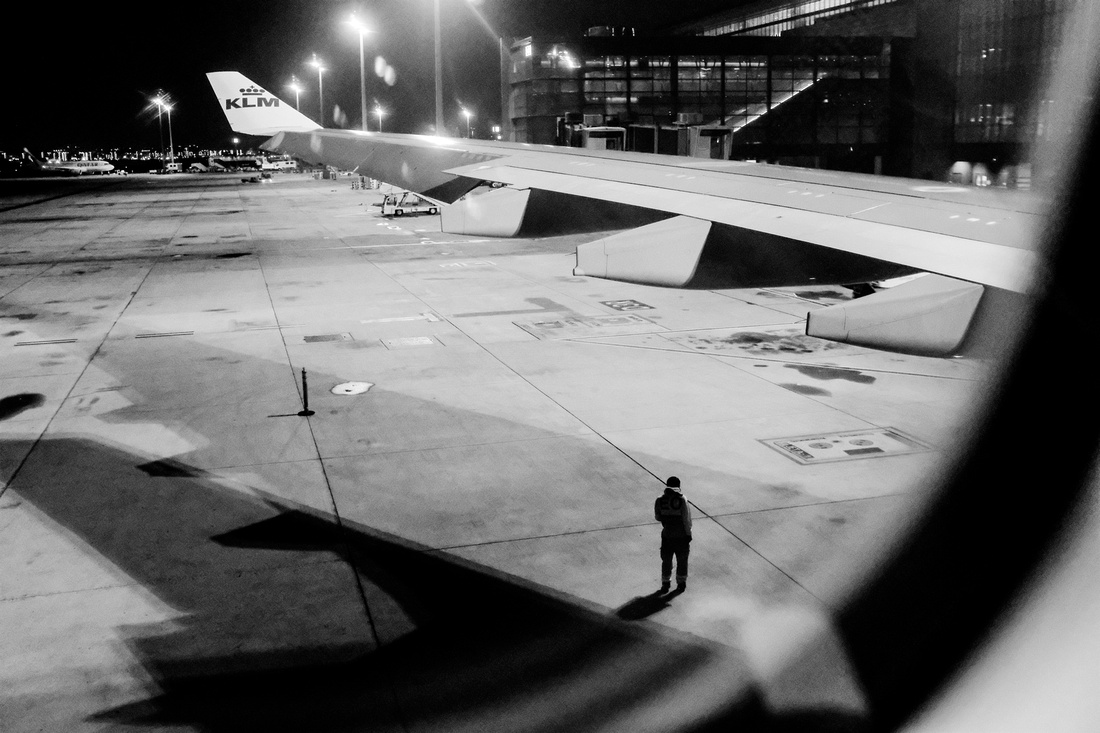 The X100F was with me for some work, travel, family/friend get-togethers and of course shooting the streets. I think it is a great carry around everywhere type of camera. I also like having a camera that I can use for gigs and for personal work. I've used the X100's for events in combination with the X-pro 2 and the X100F is a nice lightweight 2nd camera. I had it around my neck pretty much everywhere I went. It's unobtrusive and quiet which is great for taking candid street moments. Some may notice it but will usually comment on how nice it looks and how much it looks like a film camera. 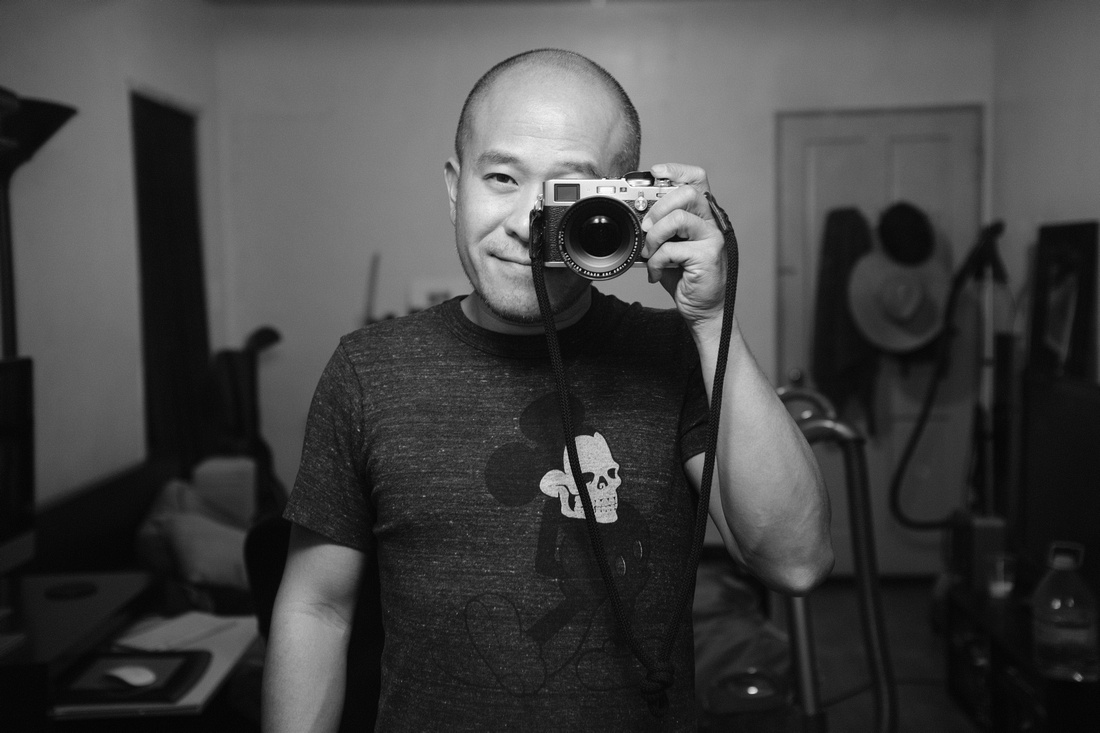 The 24 megapixel X-Trans CMOS III Sensor is fantastic but I've never really had an issue with any of the X-Trans sensors. I typically shot in RAW but for the last few months I used RAW + JPEG with the X100F and used Fujifilm's film simulations. A welcome addition is the ACROS film simulation. I started using ACROS more often and like it. The JPEGS are great out of camera so it's made me rethink things with only shooting RAW. As others have mentioned there is something special going on in the sensor when creating the JPEG files that can't be reproduced when processing the RAW file especially with the colors. The photos here are all JPEGS from a beta firmware. I did do some minor processing.

Here is a selfie I did from a trip to Manama, Bahrain at the Grand Mosque using the WiFi Camera Remote App. I'll be sharing more on this trip in an upcoming blog post. 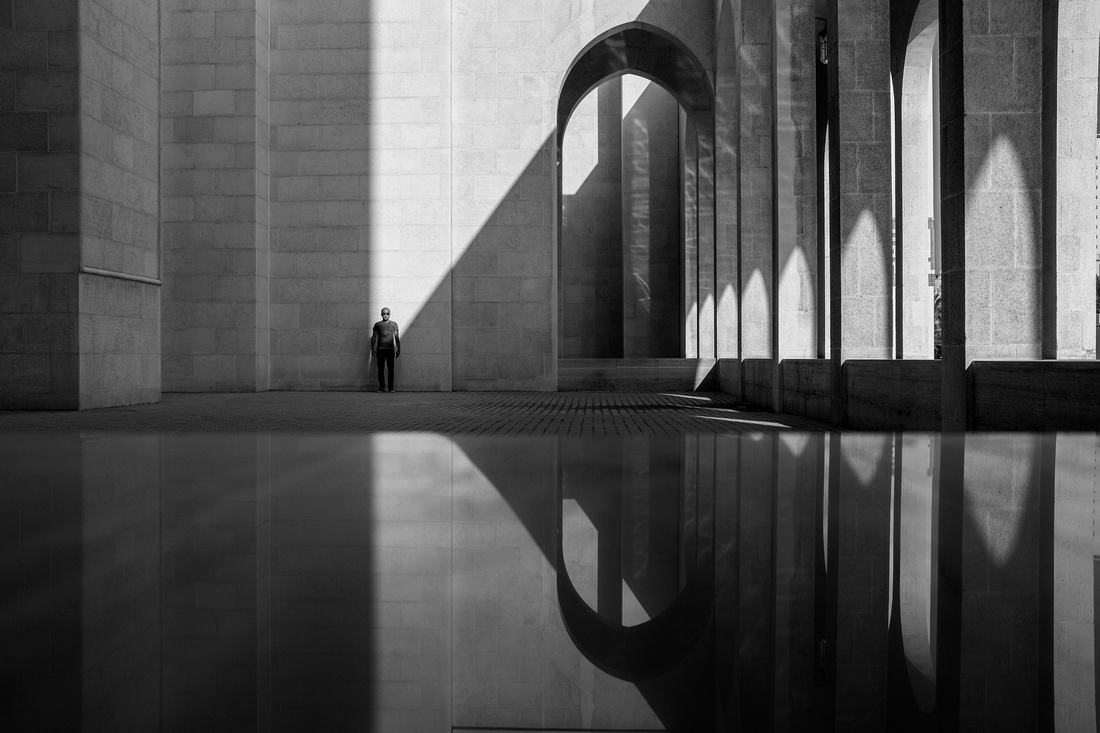 The Fujifilm EF-X20 flash works well on the X100F and fits just as it should on the camera. In my opinion it does look better on a black body but suites the two tone just as well. I also used it off camera using commander mode and works as it should. The Fujifilm EF-42 flash's screw mount unfortunately hangs over the ISO/Shutter dial when on camera so changing the ISO is just a little issue but is still possible. I used it mostly off camera so not really an issue. X100T users will notice a difference in the user interface of the flash menu but works just the same. Cheaper China made trigger/receivers worked on it so I'm sure more expensive brands work just fine. 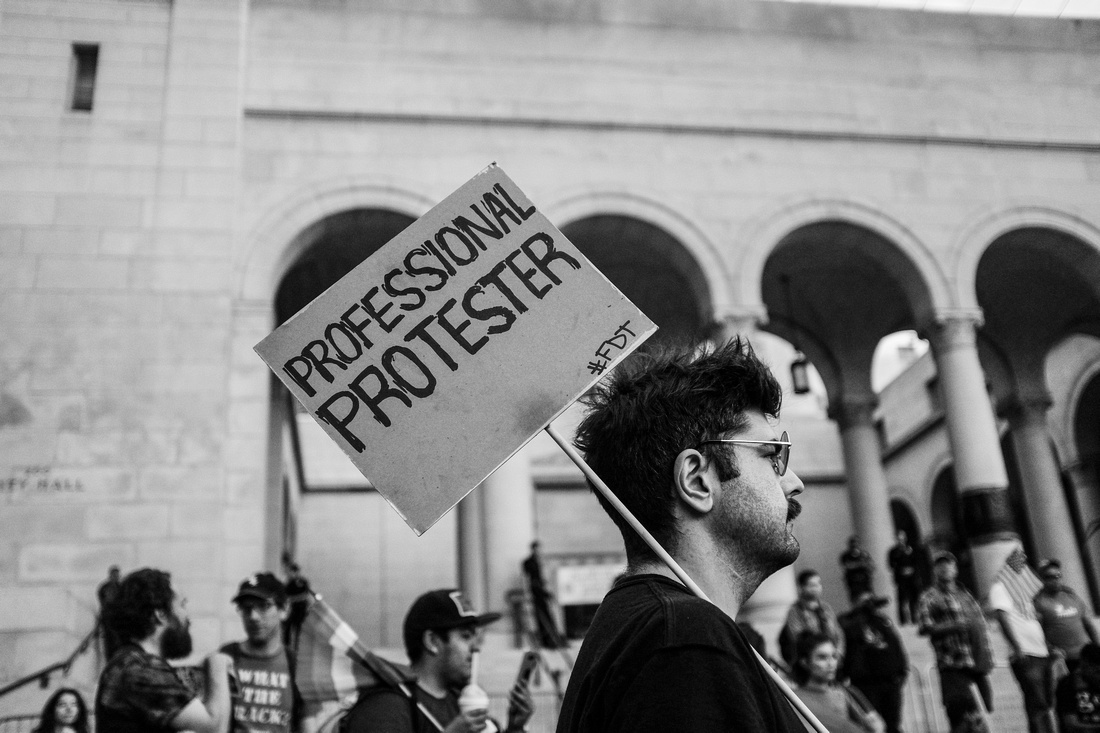 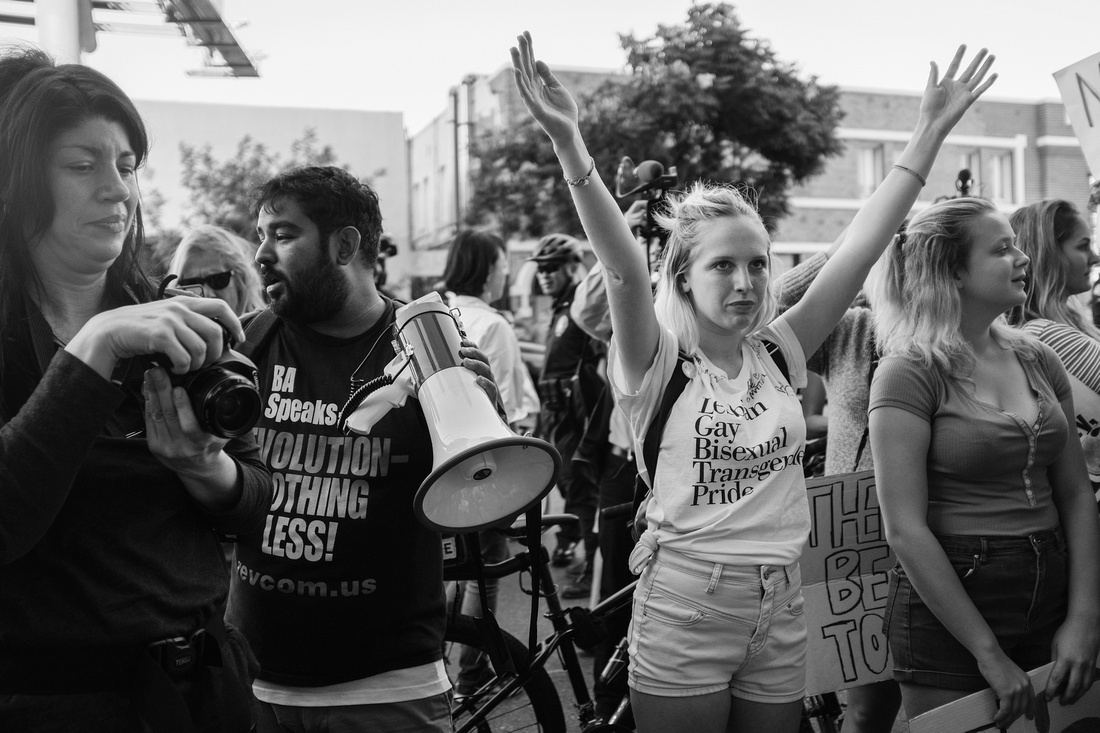 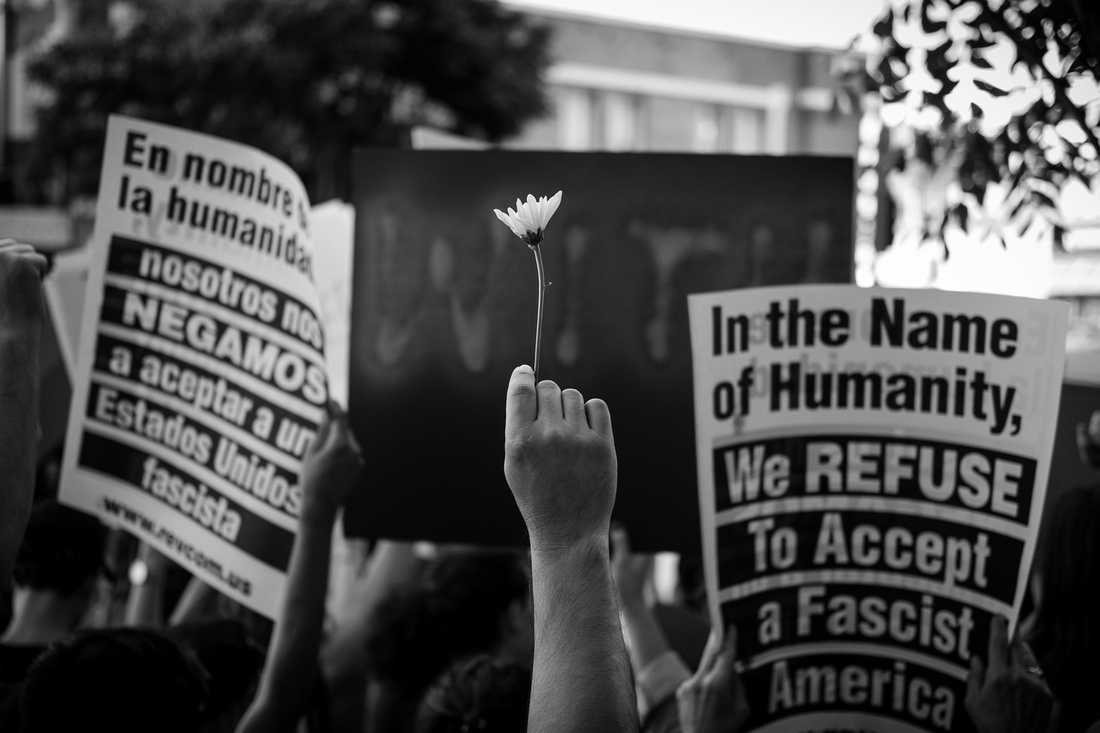 Here's a few in color. 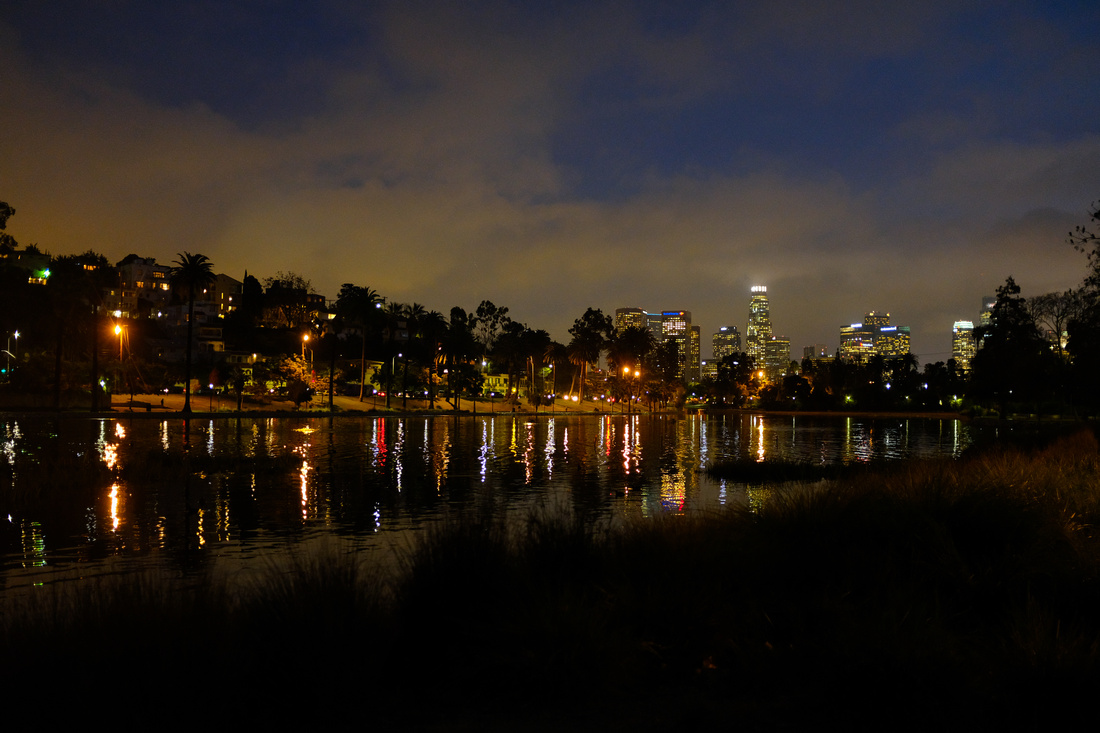 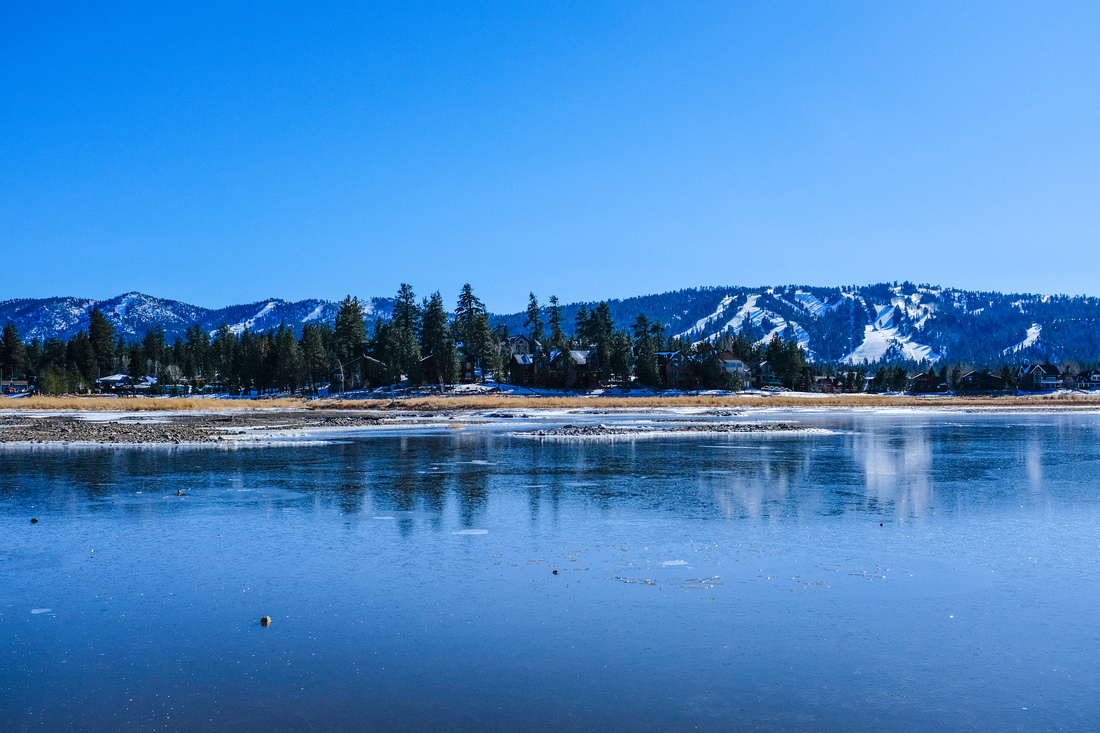 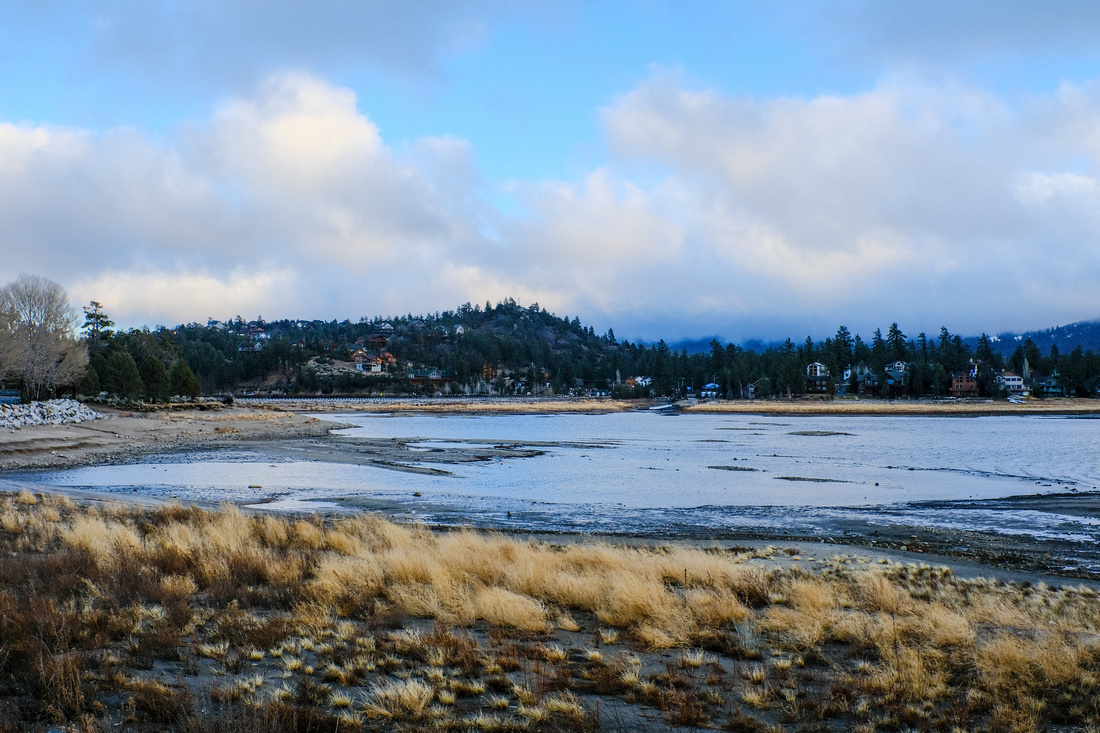 I haven't done something like this since the X-pro 1 came out in 2012 but hopefully my thoughts were helpful to someone. I've always loved the X100 series cameras. My first one really got me inspired to get out and take pictures and the X100F is no different. It still has style and it still has soul. I love the new sleek and refined look. All the updates are awesome and I've enjoyed carrying and shooting around with it for the past few months. Big huge thanks to Fujifilm USA.

Snagit Discount Code(non-registered)
If I speak the truth then, I have become a fan of your photography. I have never seen before that like.
دهکده جهان نما(non-registered)
thanks for your good site :)
Shaun(non-registered)
Dude. That photo of you in Manama is phenomenal. Great work.
Philippe Nick(non-registered)
Your work is stunning! Great eye for aesthetics. I work with an X-T2 but I might get an x100f for all around camera to take anywhere and everywhere.
Just looks like too much fun.
Tai(non-registered)
Thanks! But pretty sure you just convinced me to spend the extra money on the F instead of a used T.
No comments posted.
Loading...
Subscribe
RSS
Recent Posts
Yay! My video on the Fujifilm X-E4 is out on Fujifilm's YouTube! My Fujifilm X-E4 Article on the Fujifilm-X.com Website Fujifilm X100F: Initial Impressions for X100 Series Enthusiasts The Candid Frame & Alas Media Presents Street Photography: Rinzi Ruiz - Street Zen Art of Observation Birthday Thoughts Fear, anxiety, and self-consciousness help not the street photographer Chasing Light A Positive Attitude Passion Found
Keywords
fujifilm fujifilm x100f rinzi ruiz photography street zen x100f x-photographer
Archive
January February March April May June July August September October November December
© rinzi ruiz photography
Powered by ZENFOLIO User Agreement
Cancel
Continue